I'm not at Glastonbury this weekend.  Haven't been to the Reading Festival for years - although I have been to a gig in the last three at which I came home stinking of spilt beer and sweat.  I don't smoke anymore, haven't touched drugs in nearly twenty years and most of the time drink de-caff coffee.  And I beat myself up when I drink (not actually hitting myself, just the usual guilt-tripping that a lot of us give ourselves because we've woken up on a Sunday with a hangover from drinking wine in front of the telly).  Sheesh.  No wonder I don't feel very rock & roll anymore.

So if I can't do all those things that made me feel a little bit wild, what can I do?  I can redefine rock & roll, that's what.  If you'd like to join me, try some of these:

1. Turn down the free stuff

Take that Waitrose!  I don't want your "free" coffee (although I will take a complimentary copy of The Times in the vain hope that my children will leave me alone for long enough to read) I refuse to stand in a queue of people with trolleys for a sippy cup full of liquid that I will then spill on my legs in the car. You can keep it.

And while we're at it...up yours Confused.com!  I just insured my car with you and I DON'T WANT BRIAN!

Hey you, yeah you West Berks council.  You know how you've cut the buses, and the library funding, and money for the arts?  Well guess what.  I'm going to give my neighbour a lift into town so they can get some books out.  And do you know what I'm going to do after that?  I'm going to book a local band to play at my village hall so people can get an injection of art and pretend that they're 15 again and drink too much and and maybe vomit when they get home.  And we'll raise money for charity while we're doing it.  And the next morning we're going to clean up after ourselves and put the empties in the recycling - alright!

Oi!  Teenager at the park smoking weed - of course I bloody know what it is you're smoking!  You carry on dropping your tins of Monster and making a mess, because do you know what I'm going to do?  I'm going to pick that shit right up and put it in the bin so you don't win at making the park some kind of hovel.  You are not bucking the system, you are simply making a big smelly mess.

4. Talk to a Stranger

Ok - pick your stranger carefully but might I recommend the elderly woman that you see every day and say "hello" to in passing?  She'll probably tell you a joke that's a bit rude and put a few things in perspective for you.  I spoke to Daphne.  She was awesome and made me thankful that there are people out there that look out for my nan.

To all the people who seem to be making it their business to f*ck up the NHS - I will make it my business to stay well away and save space for the people that really need it.  I am going to put on lycra and not give a damn if it gives me camel toe because I am (hopefully) avoiding a heart attack.

6. Get out and perform

Are you *still* pissed off with your drama teacher because she didn't give you a part in Godspell thirty years ago? (carrying a grudge - moi?) well do something about it!  There are groups and gigs and venues and spaces that would welcome you with open arms whether you want to sing a solo, dance the fandango or tell your favourite joke.  Just type "open mic" into your favourite search engine and see what comes up.  Then get out there and do it.  LET'S ROCK! 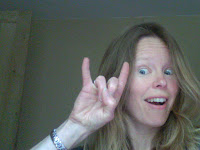 Should I Stay or Should I Go?

Remain or leave...
Where's the reprieve
In mudslinging?
Who's bringing
Clarity?

NHS?
Both say "yes!"
We love nurses
But want our purses
Full

Money, country
We want them BACK
An unpleasant tack
Refugee?
Don't come to me

Trade links broken
Market crash?
Save our shores
Protect our cash
From bureaucracy....

Reform is due
But are you able
To negotiate
Not at the table?

We need humanity
And integration
Built with migrants
Our island nation

You are the Quarry

A summer's morning - cool because we're talking a UK summer.  Light mist over farmland, lapwings whirling and skylarks singing to their mates in the nests below.  The sound of my feet on a gravel track.

I veer off right onto the Ridgeway, marvelling at the expanse of land in front of me, and giving a nod to the remaining towers of Didcot Power Station - grey top hats away in the distance reminding me that I'm not entirely in the sticks.

There is no-one else around.  Or is there?  Hard to tell until half a mile on I come across some bird watchers, readying their lenses on an old train bridge, turning them towards the landscape.  I wonder what they're looking for but they've already been distracted from their efforts by another runner who has voiced my curiosity.

Feet push further through grassy tracks, nettles sticking out with the express intention of stabbing me and cow parsley that is up to my shoulders - how does it get so high so quickly?  And then I spot her.

It is another runner.  A woman.

We're a little way apart but an incline slows her down and I begin to catch up.

Getting closer now, should I say something?

I spot the ear phones.  She can't hear my footsteps.  The track is too narrow for me to zip past so I call out a gentle "good morning".

She says "SHIT!" as she jumps.  I jump.  And the rush of adrenaline makes me feel like an animal that has been surprised.  A cat that has pounced only to find the mouse has sharp teeth...  I laugh and say sorry and use the extra energy to race away, down a blossom covered track that leads me home. 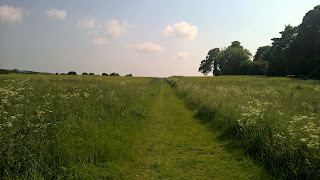 Soundtrack: You are the Quarry by Morrissey
Posted by tonijkent at 23:20 No comments: 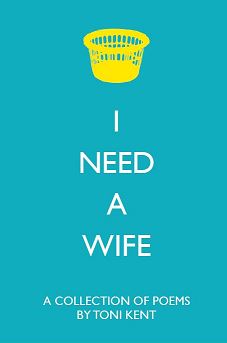 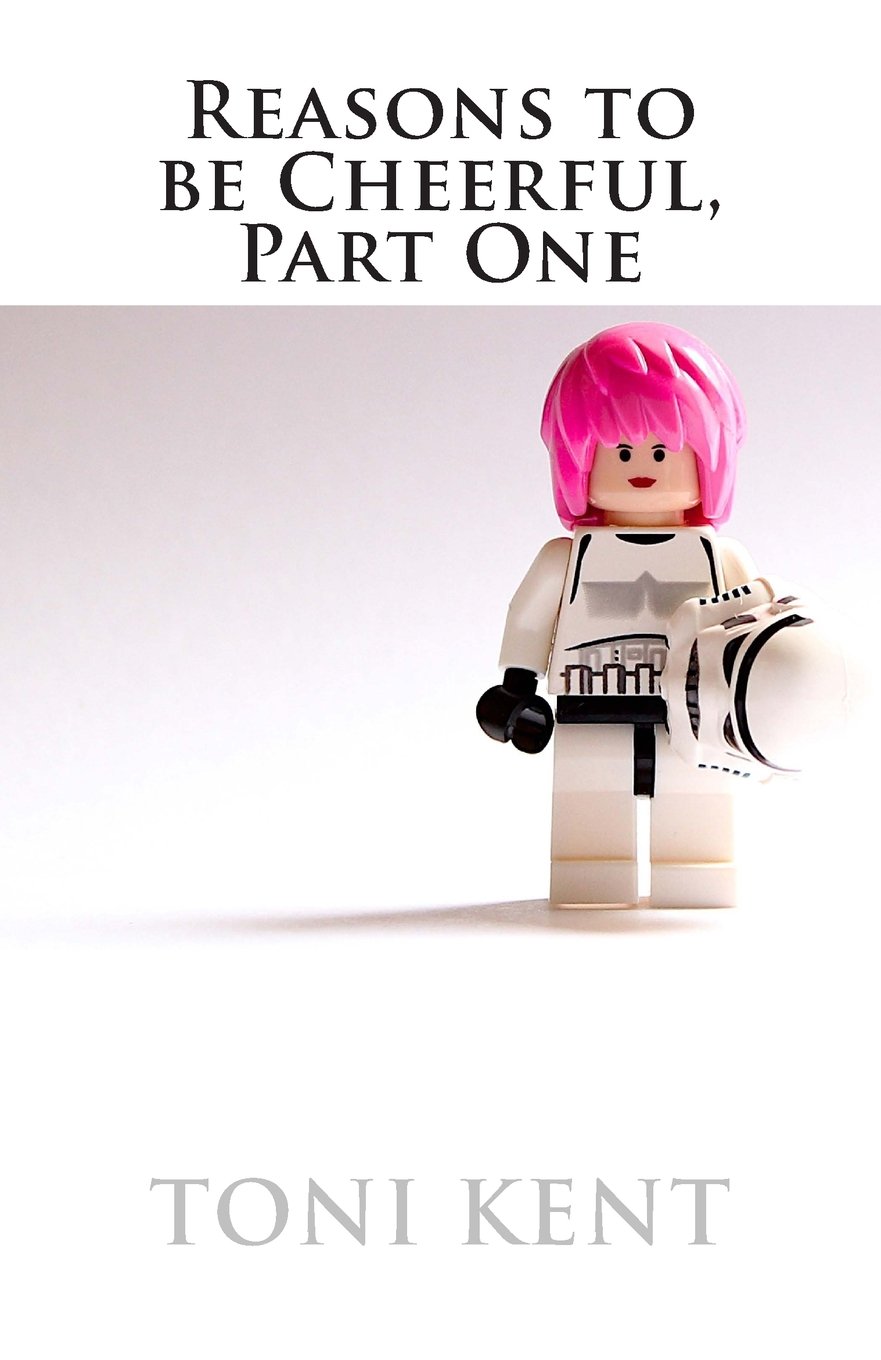